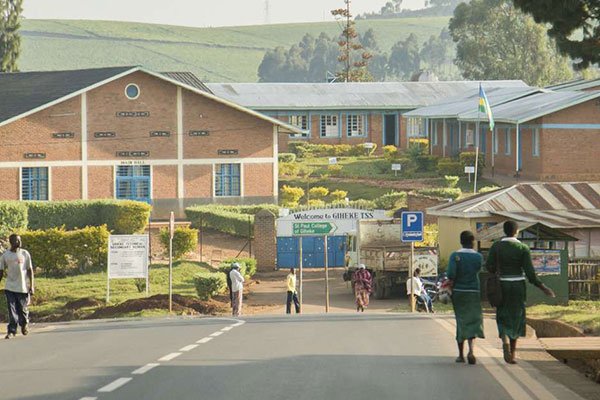 Courtesy of The East African

Paynesville – Popular Liberian political commentator Henry P. Costa, while criticizing the reported hike in school fees in Liberia, claimed that “private schools in Rwanda are shutting down their doors due to low enrolment of students in them. ”

He went on to say that “Rwandan President, Paul Kagame improved the quality of public schools to the extent that parents were opting to send their kids to public schools as opposed to private schools.”

He made the claim on his regular Costa show on Thursday, September 15, adding that conditions in the public schools in the East African nation were made better by the government.

Did Mr. Costa get his fact right? We checked.

Local Voices Liberia Fact Checking Desk verified the claim made by the political commentator and found that he’s mostly correct.

First, we reviewed several news articles published since the inception of the 12 years basic education policy introduced in 2012 by President Paul Kigame.

On September 14, 2021, New Times – a major Rwanda online news – published an article that outlined major developments that have shaped the education sector in Rwanda. The article reveals that the government’s investment in education has increased the number of primary and secondary schools from 2,877 in 2017 to 2,909 in 2018 and 2,963 in 2019.

The article indicated that in 2008 the government initiated “One Laptop Per Child Program” to usher Rwandan students in the coming era of technology. So far, 275,000 laptops have accordingly been distributed in 1,523 schools and figures from the National Institute of Statistics in Rwanda indicate that students with technological skills increased from 6.5% of those aged 15-24 in 2010 to 10.9 in 2014 and 15.2 in 2020.

Another online news website, Independent News Reporter, reports on August 12, 2022 that desperate proprietors who face closure of their institutions have asked the government to sponsor students in private schools at public rates, but the government rejected the idea.

The reports adds that more than 30 private schools are said to have closed indefinitely in 2022, while others are struggling to stay afloat after losing students to public schools.

Also, KT Press, a Rwandan news outlet, also reported on January 5, 2022, that “struggle continues for Private Schools in in the country as Gov’t reinforces free basic education for all in the East African Nation.”

The paper reported that since the introduction of the 12-year Basic Education Program, most students have been enrolling in public schools to study free of charge.

What is the 12-Year Basic Education Program?

Launched in 2011, the 12-YBE program provides free education for all from Primary through secondary education. With this system, the government built many schools in every corner of the country to relieve students who used to walk long distances to/from school and to extend free education.

According to the Rwandan Ministry of Education, many new classrooms and schools were built as part of the program to improve the student to teacher ratio.

Statistics from the Ministry of Education shows that the government owns 460 out of the more than 1,575 schools in the country, the rest are run by religious bodies with the Catholic Church owning 620 schools, the Anglican Church 279, Adventist church 22, and Muslim schools are at 16. Another 178 schools are run by parents’ associations and individuals.

Statistics also show that the government, by 2019, had constructed more than 3,401 pre-primary, 2,961 Primary and 1,452 secondary schools across the country.

Also, in January 2019, important policies were introduced by the Government of Rwanda aimed at making teaching a more attractive profession with the policies aiming for a better pay and clear pathways for teachers.

Based on the media reports by credible news outlets and the statistics published on the website of the Rwanda’s Ministry of Education showing increment in enrollment at public schools, we conclude that the claim by Henry P. Costa that private schools in Rwanda are shutting down due to the low enrolment caused by the improvement in public institutions is mostly correct.