Fact Check: President Weah Did Not Win 78% of the 2017 Run-off Presidential Election 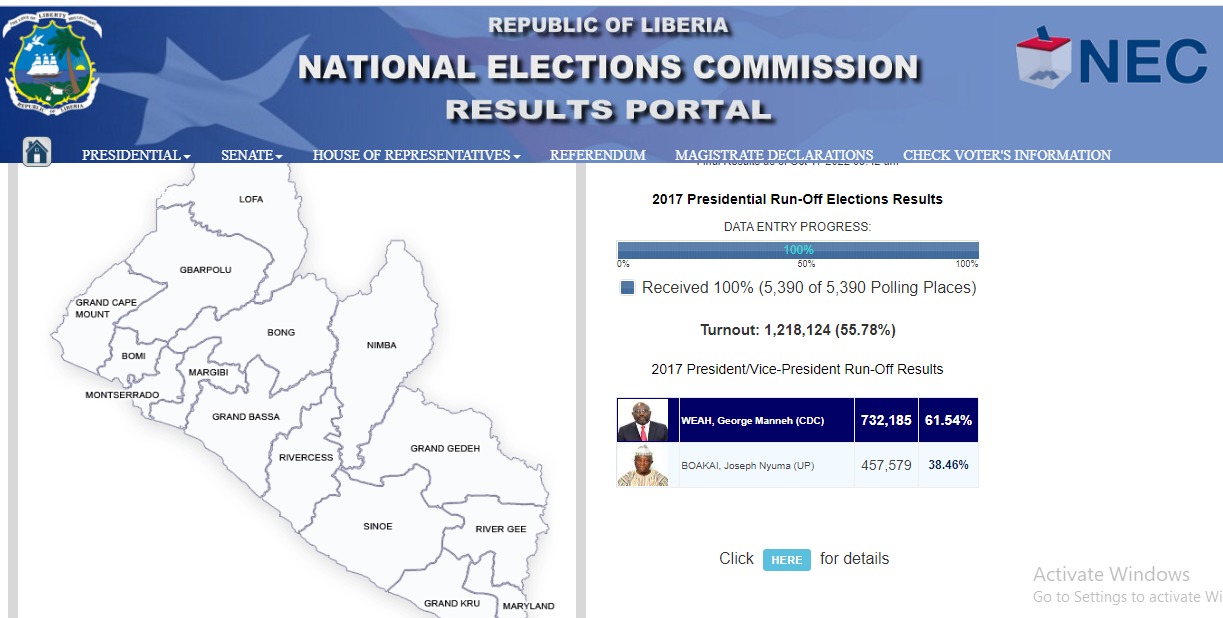 Monrovia – President George Weah in a video appearance addressing a group of Liberians recently claimed that he won 2017 presidential elections with 78% of the votes.

The video, which has gone viral and has been streamed on a Facebook page named Under the Palaver Hut shows the Liberian leader telling a jubilant crowd of Liberians why he demand respect as the leader of the country.

But after watching the video, LVL Fact Checking Desk sought interest in verifying the claim made by the Liberian leader. We began by researching results announced by the National Elections Commission in the 2017 presidential elections.

Results from the first round of the presidential election released by NEC showed that Mr. Weah got 596, 037 votes constituting 38.37% while his closest rival Joseph N. Boakai attained 446, 716 constituting 28.76%. 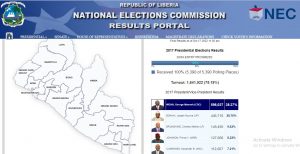 President Weah won 38.37% in the first round of the elections while his closest rival Joseph N. Boakai attained 28.76%. | Source: NEC

Also, a review of the 2017 run-off election result announced by the NEC shows that President Weah won the run-off election with 732, 185 votes constituting 61.54% of the vote cast and not 78% as claimed by the Liberian leader in the video.

Based on the 2017 elections results released by the National Election Commission, President George Weah won the 2017 Presidential elections with 732, 185 votes constituting 61.54% of the votes cast in the run-off election.

Therefore, President Weah’s claim that he won 78% of the popular votes of the Liberian people is incorrect.