Prominent among those making the claim were Presidential aide Sekou Kalasco Damaro, Deputy Information Minister Boakai M. Fofana and the Special Assistant to the Minister of Finance and Development Planning, Aloysius Howe, among others.

LVL Fact Checking Desk verified the claim and found that the MCC has released its 2023 scorecard for 100 countries including Liberia.

Liberia 2023 scorecard shows that the nation passed 12 and failed eight out of the 20 indicators on the scorecard.

Did Liberia Pass the 2023 MCC Scorecard?

According to the MCC, a country is consider to have passed the MCC Scorecard if it passes at least 10 of the 20 indicators, with at least one pass in each of the three categories if the country passed either the Political Rights or Civil Liberties indicator and passed the Control of Corruption indicator.

In the 2023 MCC Scorecard recently released, Liberia did pass 12 out of the 20 indicators which is more than half and passed at least one indicator in all three categories. The country passed both the Political Rights and Civil Liberties and passed the Control of Corruption indicator.

This means Liberia actually passed the MCC 2023 Scorecard as claimed by the many government officials on social media. 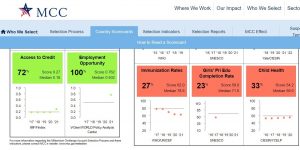 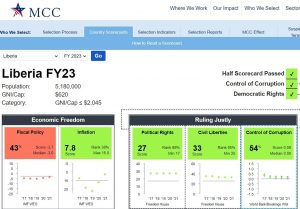 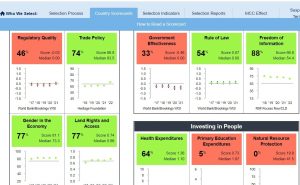 The screenshots above taken from the MCC website shows Liberia’s scores in the 20 indicators. Indicators highlighted with with green are the ones Liberia passed while the red ones are failures | Source: MCC Website

Liberia is also among a list of countries in the low income category that are eligible as candidates for the Millennium Challenge Compact for fiscal year 2023.

However, it is important to note that being eligible dose not mean a country has automatically gotten the MCC compact grant. The MCC Board looks at three legislatively-mandated factors when it evaluates any candidate country for compact eligibility.

These factors are policy performance, the opportunity to reduce poverty and generate economic growth, and the availability of MCC funds.