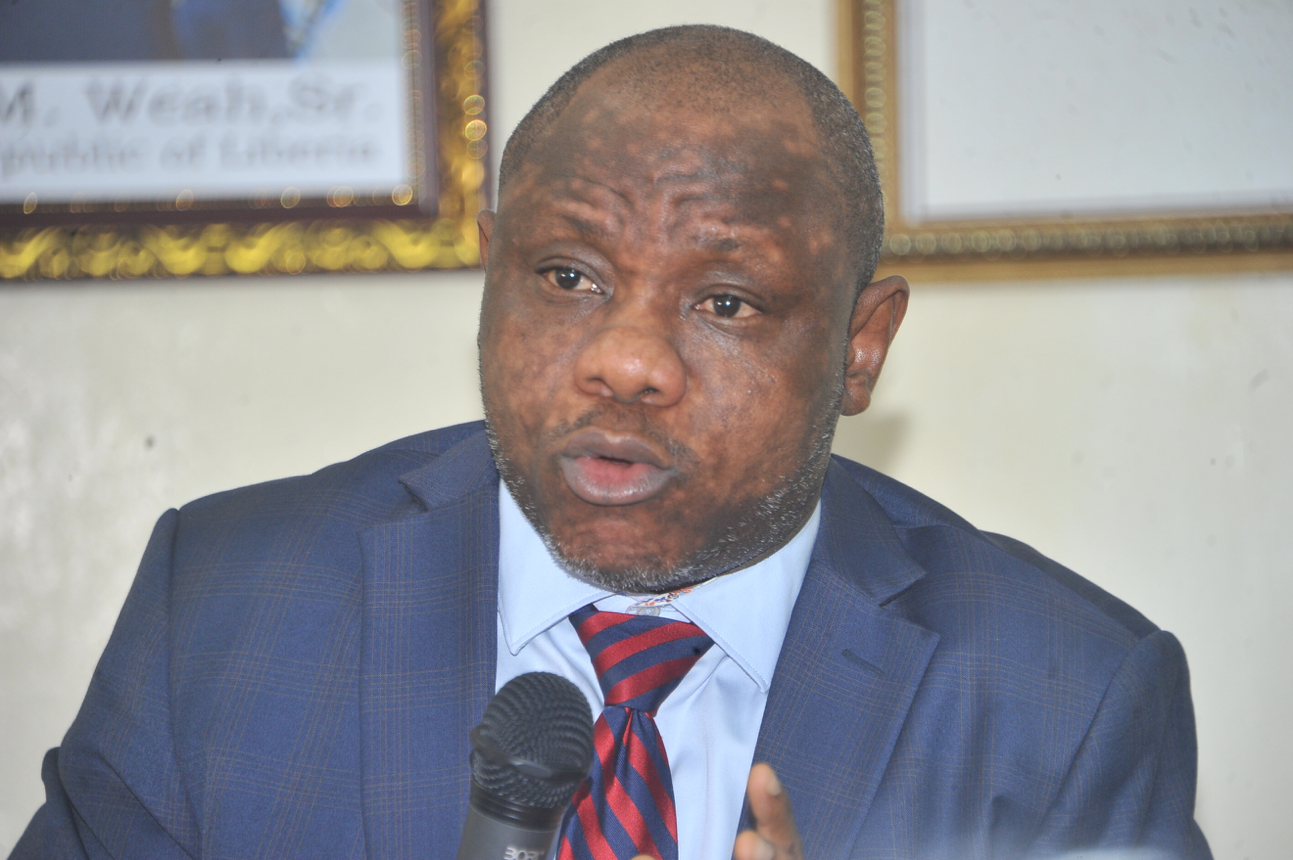 LIGIS is an agency of the Liberian government responsible to establish, develop and maintain a holistic National Statistical and Spatial Data System.

Mr. Kollie also blamed the LISGIS board Chair and Finance Minister for the delay in the conduct of the Country’s National Housing and Population census.

He wrote: “Samuel D. Tweah is the mastermind of LISGIS LOOT. His minion of a media assistant in one Aloysius Howe withdrew 160k from LISGIS Acct. on Oct. 19.”

The ongoing 5th population census in Liberia is long overdue. The process should have been held in 2018 but suffered multiple setbacks because of reported acts of corruption at LISGIS, lack of funding, poor planning, the outbreak of the Covid-19 pandemic among others.

On the 10th of November, Martin took to facebook again claiming that authorities at the statistics house, “criminally dished out millions of CENSUS dollars to bogus companies and fake individuals who are not even working at LISGIS.” He continued that the moved “was a conspiracy intended to loot” from the entity.

The last time Liberia conducted housing and population census was in 2008 after years of civil conflict under the administration of former President Sirleaf.

Liberia conducted census in 1962, 1974, 1984 and 2008 revealing a constant population growth of 1.1 million, 1.5 million, 2.1 million and 3.5 million inhabitants over the four censuses conducted.  Currently, Liberia’s population is estimated at 5.3 million, according to the UNFPA.

Amid these allegations, LISGIS Board Chair, Mr. Samuel D. Tweah, Minister for Finance and Development planning, appeared on a live interview conducted by Spoon TV on November 10, 2022 to discuss Liberia’s performance in the Millennium Challenge Corporation scorecard for 2022.

During that interview, Minister Tweah admitted that he was being made to know that Mr. Howe withdrew L$160,000 from the LISGIS account by the then LISGIS Boss Wilmot Smith.

His preliminary investigation, according to him, proved that LISGIS made the payment to Aloysius Howe for some media support services he provided to the institution for the ongoing census.

“I have asked Wilmot this question why would you pay Aloysius? He said, ‘Aloysius provided a service to LISGIS’,” he said. “The claim is that Mr. Howe provided media support services for some related activity of the Census. Mr. Aloysius Howe does a lot of media consulting with different groups of the government”.

He noted that Howe has a page that is widely followed and that government institutions were using him to spread information. He emphasized that “the process of giving Aloysius something to do, is that the case is what I’m looking at whether this payment is legitimate, under what condition is Aloysius is being paid, the service he provided, all those tasks am ascertaining. That’s the preliminary information I have received from Mr. Wilmot Smith.”

Trainings for enumerators were conducted across the country with the government, with LISGIS failing to provide food, water and sitting fees for those who attended. This prompted series of protests in parts of the country as the aggrieved enumerators and supervisors obstructed the movement of motorists and endangered normal working and other activities.

On November 11, the start of the census suffered serious setback as thousands of those recruited to serve as enumerators and supervisors boycotted the exercise due to the failure of LISGIS to pay their sitting fee for the several days of training.

Call for the dismissal of LISGIS Authorities

As the controversies deepen, opposition Liberty Party Political Leader, Senator Nyonblee Karnga Lawrence took to Facebook and called on President George Weah to dismiss the acting Director General of LISGIS, Wilmot Smith and others for the gross show of incompetence in handling the ongoing National Population and Housing Census.

In the Facebook post, Senator Lawrence described the ongoing census as a “fiasco” and a total waste of taxpayers and donor funds, noting that authorities of LISGIS failed to live up to plan to deploy enumerators and supervisors within a period of 10 days prior to the census.

“The president needs to take the most appropriate action by dismissing all those in charge, ask the GAC to audit the process and constitute a new management team with the requisite qualifications and expertise to work within the two months,” she said.

The decision, the Liberian Leader said, is based on administrative reasons. Both men were ordered to turn over all properties belonging to the institution in their possession.